We are supported by commissions earned for purchases made through the links in our articles. Learn more.

Lost a drone? So did I, more times than I can count. Luckily, I have enough money to buy a new drone from time to time, but not everyone is that lucky. So let’s say, for the sake of argument, that I’ve never owned a drone before.

I saved a good deal of money for it, bought it and took it for a test flight. After a few days, I happen to lose it during a leisurely walk. The obvious question is: what do I do now? How do I find my lost drone? I can’t just buy a new one — I barely had the cash for this one!

There’s no need to worry. I’ve compiled eight simple hacks on how to find a lost drone, and how to do it in the fastest way possible. With this list, every single drone owner can breathe a sigh of relief. It just takes a bit of time and effort and the drone is as good as found.

Tips on Finding a Lost Drone 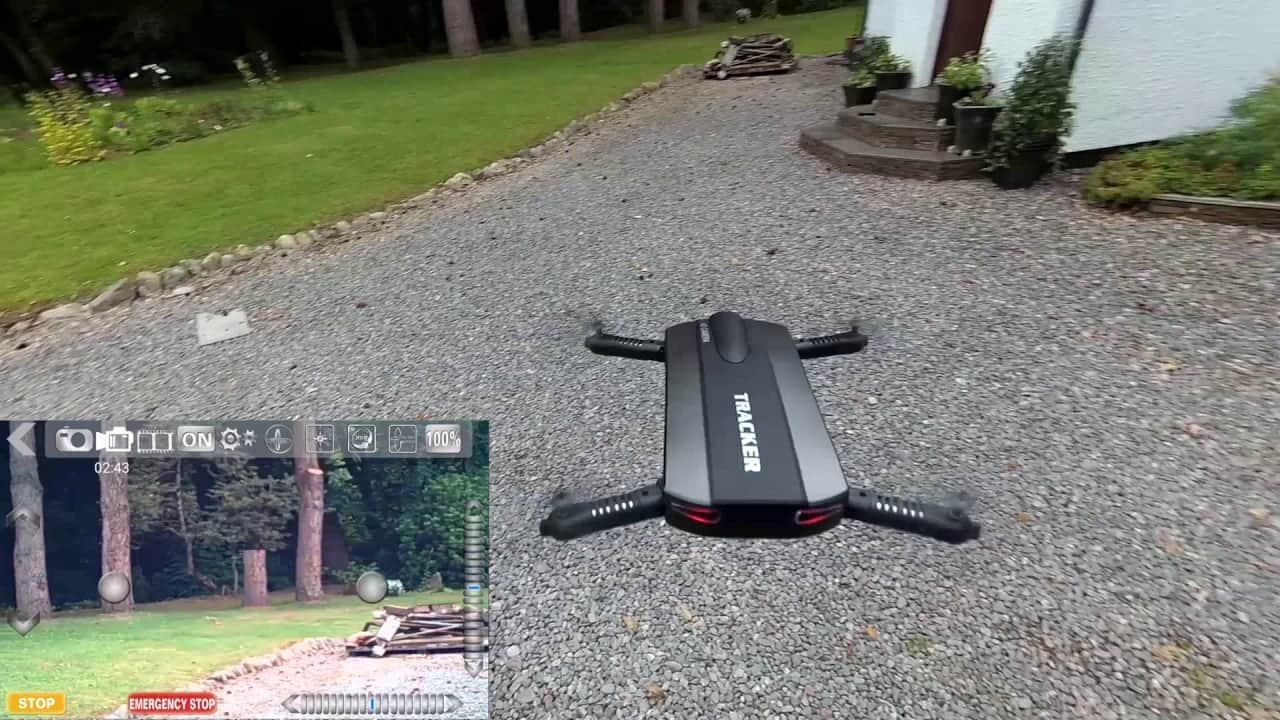 I place this step the highest because experience has taught me that most people don’t use trackers. Word of advice – always use some type of tracking for lost drones. There are many GPS-based drone trackers on the market that will do this job perfectly.

My personal favorite is the TK102. It costs a little under $30 and works with a SIM card. In case my drone gets lost, all I have to do is call the SIM number of TK102, and I’ll get the exact coordinates of the drone via a text message.

There are some similar, yet more expensive trackers such as Flytrex Live 3G and TRACKIMO. Flytrex also comes with a SIM card feature, and it integrates with Google Maps. When I used this tracker, I could literally locate my drone anywhere thanks to its interconnectivity. Not only that, but I also had the info on the speed, ascent, altitude, flight duration and distance the lost drone passed. TRACKIMO, on the other hand, has a free app AND browser-based tracking. Naturally, it’s waterproof, in case my drone decides to take an impromptu swim.

2. Tracking on a Budget

All of the options above, aside from TK102, cost close to 200 dollars. However, there’s also an option that won’t cost a drone owner a single dime. An app called Find My Drone has proven to be a useful tool.

I tried it several times, and it works like a charm. It connects the owner’s smartphone to the drone. So whenever the drone gets lost, loses power or anything of the sort, Find My Drone provides the longitude and latitude of the location. It will remember the last coordinates of the drone for easy tracking, and this works even if the drone loses power.

3. Keeping the Controller On & Using It

This step is something I recommend to people without a drone tracker. Most times, when the video feed goes down, the drone is out of range, but not by much. Therefore, I always press the return button. It might take a while, but the drone will eventually come back to me. If nothing happens, I move on to more drastic steps outlined later in the text.

I should note that it’s important to keep the controller on even while physically looking for the lost drone. Once I move close enough to the device, it will reconnect, and I could use the controller to get it to where I’d be at that moment.

Controllers also tend to have telemetry data on them. This data shows me the direction the drone flew towards. It also lets me know how far it is from the last known point of connectivity.

If the telemetry numbers go down when I press the return button, it means the drone is coming back to me. Otherwise, I move onto looking for it.

One more benefit of most controllers is that they save both the flight path of the drone and its last known location. Both of those can be used in a physical search, and if there’s power in its batteries, all I really need is the closest point to the drone itself. The return button will do the rest.

Walking about the area usually yields good results. I remember once losing track of my drone somewhere in a massive park close to the town center. Naturally, I did the whole controller step, but since I didn’t have a whole lot of patience, I just began to walk around and look for the lost drone. Roughly ten minutes later I spotted it behind a big rock, about to be chewed by a stray dog.

While moving on foot, I also recommend observing tree canopies. More often than not, a drone will be stuck in the branches, and its propellers will be stuck. The smartest thing to do is to look at any tree in the area carefully. However, this step can last for a long time if, for example, I decide to fly my drone near a forest. A combination of several steps will help here.

Yes, the budget isn’t very forgiving of this step. However, drones can be rented, and renting a drone for the night can help.

There’ll be times when my drone just loses power on a tree somewhere, or in thick forest foliage. Or maybe even on a roof somewhere. Since climbing them and walking about presents a huge chore, the easiest search would be from the air.

Now, I could buy a smaller, cheaper drone for this purpose. However, most people don’t have the luxury of buying two drones. All in all, a decent sweep of the area will probably help with the search.

This step is also my go-to one during the night. Should my lost drone have any juice left in the battery, its lights will be blinking and giving my second drone a clear signal. As such, the search will be far easier. 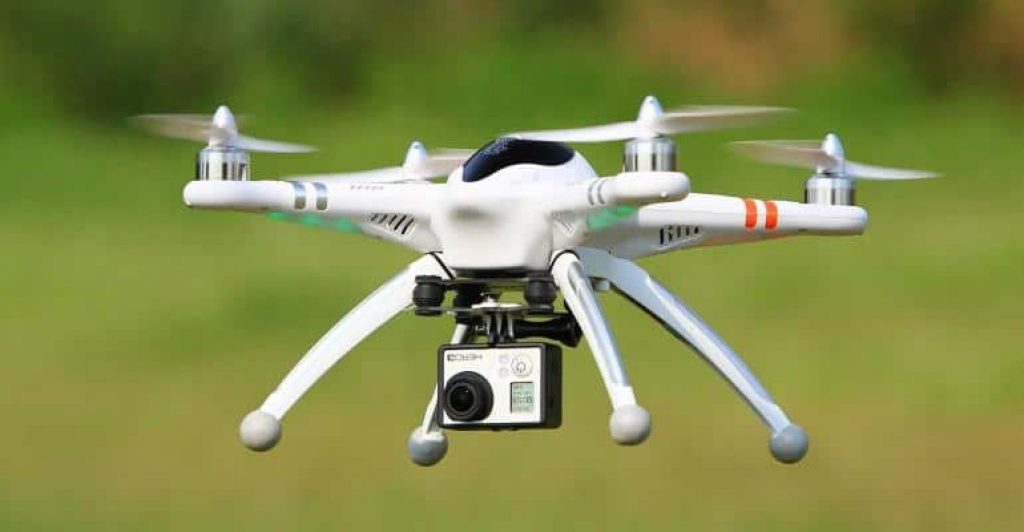 Sometimes drone rental appears impossible. This is when I recommend the step that involves searching the drone at night, on foot. What I have to pay attention to are the sounds and the lights.

Drone propellers whizz about pretty loudly. It’ll help even more if the drone is stuck in a tree and the propeller is thwacking at the leaves or branches. The noise will not sound like too many other things from nature, so I’ll have a pretty easy way of locating my device.

But I must stress the lights again. Each time a propeller malfunctions, the drone will flicker red. If I manage to spot blinking red lights during the night, I’ll know that it’s probably my drone. In thick, dark woods, red lights are easy to spot. This can be a bit more difficult in an urban environment, but it’s no reason to give up the search.

Screen capturing should probably be the best action to undertake very early in the process. For example, whenever I fly my drone and the image becomes blurry or interrupted with visual tears, I screencap at once.

This action allows me to see the last known location of my drone. With that image as my reference, I can begin my search afoot. Once again, if the drone is nearby, the lights or noise will give up its location. If not, I can always try the controller again. But even if that doesn’t work, I can still rely on the telemetry readings of my controller.

Naturally, it’s important to screen-grab more than just the high points. What I do is point the camera into the ground and take a shot. Anything can be key information – grass, gravel, plant life, any groups of large rocks or felled trees… Once I have a general overview of the area, I can seek it out. Hopefully, this will lead me to my drone immediately. If not, I can always rely on previous steps. 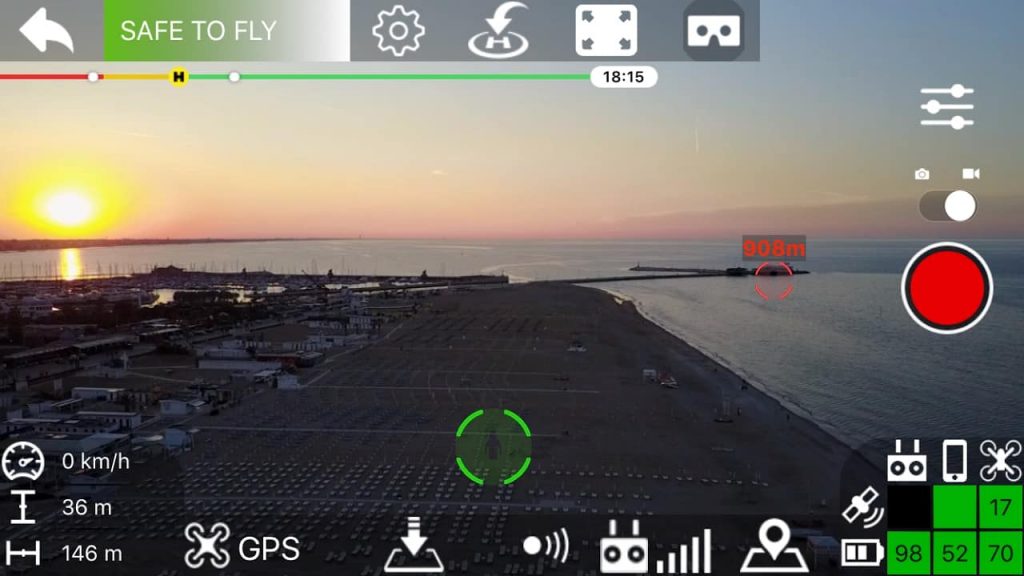 Ah, never a favorite, but it works surprisingly often. I once lost a very small drone I used to record insects in the trees. Considering I lived in a small area, I printed out the picture of my model and put up posters around the town. Somebody came to me with my drone roughly four days later. This step is effective because people will notice a drone. Drones stick out, as they don’t blend really well with any setting. It’s no wonder that people can spot them easily then.

Not everyone that finds my drone will necessarily get it back to me. Sometimes a scumbag or two will put the product up on eBay and sell it for immediate profit. Luckily, I have my particular model’s serial number, so all I have to do is look at the websites listed in the subheading. The moment I spot my drone on sale, I contact the seller and let them know what’s going on. If they agree to take down the ad and get back to me with the drone, no harm gets done. However, if they refuse, I contact the police, as well as the admins of the website(s).

A Few Extra Steps and Thoughts on Locating a Lost Drone

With new apps and smartphones, it’s possible to maintain flight logs. These will normally help with finding a lost drone as much as anything else above. In addition, it’s also smart to make a map of the area and mark off any spots where the drone could have potentially ended up. Whatever it is, it’s something that has to be done fast – the more I decide to delay the search, the more likely it’ll be that I’ll lose the drone for good.

At long last, if the drone somehow DOES end up lost without a trace, it’s time to cut loose. I’ve lost a drone before, and it doesn’t feel too good, but when push comes to shove, I can always save up money for a new model. With any luck, I can eventually use the new model to spot the old one again. However, with the steps listed above, I’m guaranteed to find it without any problems.

-ADVERTISMENT-
Important
Disclaimer:
*DD Counter Measures has conducted impartial research to recommend products. This is not a guarantee. Each individual’s unique needs should be considered when deciding on chosen products.